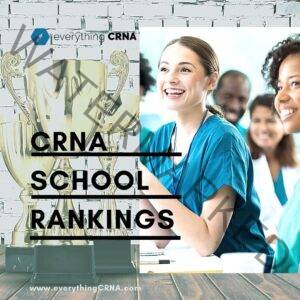 CRNA School Rankings help prospective nurse anesthesia students evaluate which CRNA programs to apply and submit applications.  However, it’s important to consider multiple data points and rankings to get a full comprehensive view on a CRNA school.  We provide three types of CRNA School rankings.  The first, we organize CRNA Schools by Rank using the criteria of average number of anesthesia cases per student.  The second, we rank CRNA Schools by first time NCE test taker pass rate.  Third, we systematically rank all CRNA schools based on attrition.  We believe these three factors provide an objective factual perspective of all the CRNA Schools by Rank.  This will help you evaluate the best CRNA school for you. 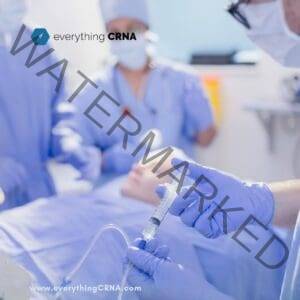 Anesthesia Cases are important for prospective CRNA students because of the certification eligibility criteria as well as having ample clinical experience for the job once you graduate.  The Council on Accreditation of Nurse Anesthesia Educational Programs (COA) established the minimum total case number requirement of 600 cases for all nurse anesthetists.  (COA recently increased this from 550 cases.) This is an especially important number.

The purpose of CRNA anesthesia cases is so nurse anesthetist students are well trained and confident in real life situations without additional support.  This was one of the numerous points of complaints from nurse anesthetists in our Best CRNA Schools feedback that many graduates did not seem to be on par when they started working.  You’re paying a lot of money for tuition.  This is in addition to spending two to three years of your life invested in the program.  Therefore, make sure you have the opportunity to take advantage and be the best nurse anesthetist you can be.  After all, people’s lives depend on it!

Of the 124 CRNA schools in total, 87 schools publish the average number of anesthesia cases completed.  Meanwhile, 37 nurse anesthetist schools do not release any information.  The average number of anesthesia cases at CRNA programs is 889 cases.  The maximum number of cases is Barry University Nurse Anesthesia Program (1,225 cases), followed by University of Iowa CRNA (1,173 cases) and Missouri State University CRNA (1,171 cases).  Usually, schools that require more cases from their SRNAs will have a reputation for being more rigorous academically and are also better at preparing their graduates with professional real-life experience.

The minimum average number of cases amongst the 87 schools is Columbia University CRNA at 652 cases, University of Puerto Rico (669 cases) and Loma Linda CRNA (688 cases). 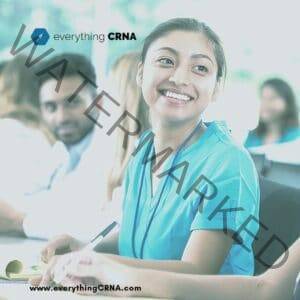 First time NCE Pass Rate is an especially important metric in evaluating CRNA Schools by Rank because it shows the quality of education and how relevant the school’s classroom and clinical training is towards the ultimate NCE exam.  Of the 124 CRNA Schools, surprisingly only 96 CRNA Schools publish this First Time Pass Rate statistic. Meanwhile, 28 CRNA Schools do not release any information.  If a CRNA School was an MSN degree and recently changed its program to DNP, we did not include the first-time test taker pass rate. In addition, if the CRNA school you are considering does not publicize the first-time test taker pass rate, you should inquire about this because it is a particularly important statistic to consider.

The average CRNA first time test taker pass rate is 88%.  If the CRNA school is below this average rate, you may need to look more closely at the class size.  Although not a generalization, one trend we realized is schools with larger class sizes tend to do slightly worse than CRNA schools with smaller class sizes.  This is because there are more students and thus more variability.

The below 14 CRNA schools have exceptional programs with a 100% first time pass rate.  Overall, this is a very impressive achievement for these nurse anesthetist programs.

These CRNA schools all have NCE first time pass rates at 80% or below 80%, which is a red flag.  If you are interested in applying to these CRNA programs, we suggest inquiring more with the program directors on the reason for the low pass rates.  All of the CRNA programs in Puerto Rico have pass rates below 80%, which is concerning.  Two larger outliers are InterAmerican University which had a 37.5% pass rate and Antillean Adventist University at a 60% pass rate. 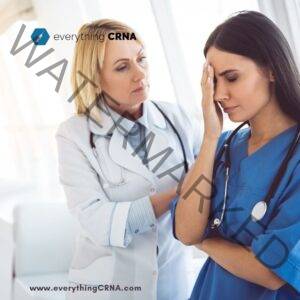 Attrition means the percentage of students that for whatever reason, did not graduate from the CRNA program.  Attrition is an important factor for ranking CRNA schools because it shows how the school’s program is manageable by the average SRNA student.  To clarify, the higher the attrition % is bad because it shows the school may not be too difficult & strict and / or failing borderline students.

The average attrition for all 96 CRNA programs was 6%.  Attrition statistics were not available at 28 CRNA Schools due to either:

Nonetheless, it is a good question to ask in the CRNA Interview, what factors have caused the attrition rate of the school.

In addition, amongst the 96 CRNA programs, 28 Schools had excellent 0% Attrition Rates.  Overall, this is a super impressive achievement for these nurse anesthetist schools.

The below CRNA Schools had attrition of 15% or more.  Attrition rates between 20-30% mean 1 out of every 3 or 1 out of every 5 students who begin the program do not graduate.  These results are very poor.  If you are interested in these nurse anesthetist schools, you should reach out to the program director and current students for further due diligence.  Again, all 3 of the CRNA schools in Puerto Rico have attrition rates above 15%.

To complement the CRNA School rankings, please find the map illustration to help in your study exploring CRNA schools.

As you’re interested in CRNA rankings of different schools, be sure to check out our CRNA Salary Guide and CRNA Starting Salary.  This is especially important if you plan on working in the same state you go to school in afterwards.  If you are still a student or if you’re wondering how much a fresh CRNA can make right out of nurse anesthesia school, this information will be especially helpful.  You might be surprised too!  We spent hundreds of hours researching salary information from the BLS, the AANA CRNA survey from over 5,000 actual nurse anesthetists as well as from my own CRNA job offers after I graduated.  In addition, different states have different demand and supply economics for nurse anesthetists, so our CRNA Salary by State Guide will help you see which States are the best fit for you.

In conclusion, anesthesia cases, NCE pass rate and attrition are the three best objective criteria in CRNA school rankings.  These methodologies are based on factual data.  This is important as the CRNA profession is one that requires a high degree of technical knowledge, training and expertise.  In addition, there are new nurse anesthetist programs recently which may not be worth investing your future in. Considering different data points, including discussions with alumni is required when deciding which CRNA schools are the best fit.  I hope the CRNA schools by rank in each category help provide an additional perspective on finding the right school.  Be sure to check out our Best CRNA Schools article where over 100 professional nurse anesthetists ranked all the CRNA schools in the country.

What did you think of the CRNA School rankings?  Let us know your feedback in the comments below.  Click on the image gallery to learn more about CRNA School Rankings.