Alabama, known as the Yellowhammer State, is ranked #16 in total number of CRNA Schools in the United States.  It shares the #16 CRNA School ranking with Maryland, Massachusetts, Arizona, New Jersey as well as several other States.  Located in the southeast area of the US, students at CRNA schools in Alabama appreciate the historical significance of the State along with the many things to do with the vast geography whether it be hiking, fishing or state parks.  The largest city in Alabama is Birmingham, where all the CRNA Schools in AL are located.

Alabama is included in the RN Compact States agreement that means RN nurses in Alabama are able to move around freely and work within all 33 approved multi-license states.  However, it’s important to note that there is no such APRN Compact for nurse anesthetists yet though this may change in the future.  This is something that is important when people consider CRNA Schools in AL.

There are two CRNA Schools in Alabama located in the city of Birmingham as shown below:

Both CRNA programs in AL only offer DNP degrees.  There are no nurse anesthetist schools in Alabama that offer MSN master’s degrees.  Samford CRNA promotes that they offer clinical experiences in Intrathoracic, Vascular, and regional anesthesia which actually quite rare in a CRNA program.  The UAB CRNA, formally known as the University of Alabama at Birmingham, is also another excellent nurse anesthetist school in Alabama.  Both Samford and UAB also actively encouraging their CRNA students to sign up for the unique Nurse Faculty Loan Program (NFLP), for students who are open to teaching after graduation.  With this federal program, up to 85% of the loan can be waived upon teaching for a certain number of years.

NFLP at CRNA Schools in Alabama

In addition, all CRNA Schools in Alabama are part of the NFLP (Nurse Faculty Loan Program).  The NFLP is a federal program created by the US government to help encourage CRNA students to pursue a career in nursing education following graduation.  The way the program works is students are allowed to take up to a US$35,000 loan per year they are in school studying to become a CRNA.  Upon graduation, up to 85% of the total student loan will be cancelled over a 4-year period while the borrower serves as a full time nursing faculty at a nursing school.  Both Samford CRNA and UAB CRNA, have been very active in the Nurse Faculty Loan Program, so if you need financial assistance for your degree, please read more about it here.

Please see the list below for the best CRNA schools in Alabama. 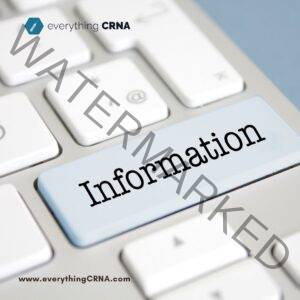 Whether you’re looking to apply to CRNA programs in Alabama or already a CRNA, check out CRNA Salary in Alabama and Alabama Board of Nursing to learn more about nurse anesthesia in the State.

With two CRNA schools in Alabama, you may also be interested in applying to CRNA programs nearby in other States.  The States close by to Alabama that have nurse anesthetist schools include: 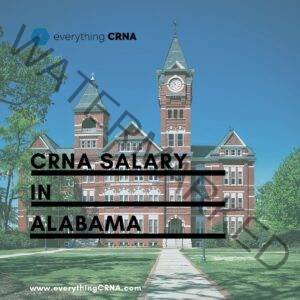 Since you’re reading about CRNA Schools in Alabama, we thought you might be interested in learning about the CRNA Salary in Alabama if you’re going to work in the State.  Be sure to also check out our CRNA Salary Guide and CRNA Starting Salary if you’re still a student or if you’re wondering how much a fresh CRNA can make right out of nurse anesthesia school.  Different States have different demand and supply economics of nurse anesthetists, so my advice is to be sure to read up on different states to see which ones fit you best.

Did you graduate from one of the two CRNA Schools in Alabama?  Please let us know what you thought of the programs and experience working with the CRNA graduates.  You can also learn more by clicking the image gallery below.

3 thoughts on “CRNA Schools in Alabama”