Michigan, known as the Great Lake State, is ranked #6 in total number of CRNA Schools in the United States.  It shares the #6 ranking with California, Texas, and Illinois.  The best CRNA schools are located throughout the State of Michigan and in cities such as Detroit and Flint.  CRNA students in Michigan rave about the nature and outdoor activities to do during the weekends.  After all, Michigan is surrounded by 4 out of the 5 Great Lakes and fishing, biking and boating are very popular activities.  Two of the CRNA programs in MI are located in Detroit and another is on the east side of Lansing, which is the capital of Michigan.  In total, there are 5 CRNA Schools in Michigan as shown below: 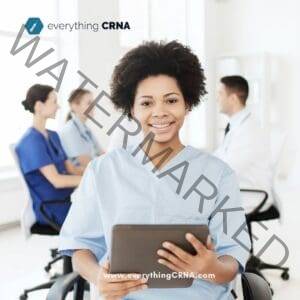 Michigan State University CRNA, with an acceptance rate of 33% is the easiest CRNA school to get into in the State.  Detroit Mercy CRNA and Oakland University CRNA Program are the most difficult CRNA programs in Michigan to get accepted with acceptance rates of 13% and 16% respectively.  Lastly, all the nurse anesthetist schools in Michigan are Doctorate degrees, so it is no longer possible to receive a Master of Science in Nursing in the State.  However, if you already have a master’s degree, you are still allowed to practice the field of nurse anesthesia in Michigan.

Please see the list below for the best CRNA schools in Michigan. 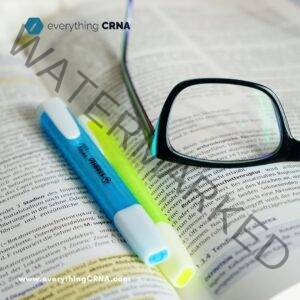 Whether you are a student aspiring to attend a CRNA programs in Michigan or already a CRNA, check out CRNA Salary in Michigan and Michigan Board of Nursing to learn more about nurse anesthesia in the State. 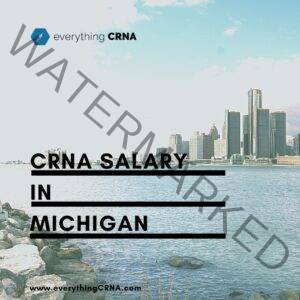 Since you’re reading about CRNA Schools in Michigan, we thought you might be interested in learning about the CRNA Salary in Michigan if you’re going to work in the State.  Be sure to also check out our CRNA Salary Guide and CRNA Starting Salary if you’re still a student or if you’re wondering how much a fresh CRNA can make right out of nurse anesthesia school.  Different States have different demand and supply economics of nurse anesthetists, so my advice is to be sure to read up on different states to see which ones fit you best.

In summary, although Michigan is notorious for cold and long winters, the State is incredibly attractive for prospective CRNA students and job hunters.  There is a wide selection of CRNA schools in Michigan, whether you are interested in city life in Detroit or being farther away.  Very few states can provide the number of schools and job opportunities as Michigan.  It is common that CRNA students are generally able to find nurse anesthetist jobs within the same State easier than students from out of State.  With that in mind, I highly recommend Michigan for prospective CRNA students.

Did you graduate from one of the 5 CRNA Schools in Michigan?  Please let us know what you thought of the program and experience working with the graduates. Click on the image gallery below for more information on nurse anesthetist schools in MI.

One thought on “CRNA Schools in Michigan”