Indiana, known as the Hoosier State, is ranked #30 in total number of CRNA Schools in the United States.  It shares the #30 ranking with many other States including Iowa, Maine, Missouri, North Dakota, Oklahoma, Oregon, Rhode Island as well as a few others.  Indiana is sometimes called the ‘Crossroads of America’ due to its central geographic location and the fact that it is part of the RN Compact States agreement.  This means RN nurses are able to move around freely and work within all 33 approved multi-license states.  However, it’s important to note that there is no such APRN Compact for nurse anesthetists yet though this may change in the future.  The central location allows students at CRNA Schools in Indiana to make affordable travel arrangements to explore other cities in the US that they feel their careers and life paths could take them.

CRNA students in Indiana say they appreciate the personality and culture of the people in the State.  Even though it is located in the North, local residents say the State has a southern charm and the pace of life is slower than other States.  There are also many things to do in Indianapolis, such as the Indianapolis Museum of Art and the Civic Theater or events such as Indianapolis Symphony Orchestra or the annual Indianapolis 500 speed race.  Students also appreciate the lower cost of living in Indianapolis as compared to other cities in the US.

As of Year End 2020, there are 122 CRNA schools in the United States and 2.4 CRNA schools in each State on average.  To compare, there are 13 CRNA schools in Pennsylvania and 9 CRNA schools in Florida.  In addition, North Carolina and Tennessee both have 6 CRNA schools.  On the other hand, there are no CRNA programs at all in Montana, Idaho, Wyoming, Nevada, New Mexico, Vermont, New Hampshire, Alaska, and Hawaii.  Oftentimes, the States with more CRNA schools tend to have more CRNA jobs as well.  Unfortunately, BLS does not provide number of CRNAs jobs employment information for the State of Indiana. 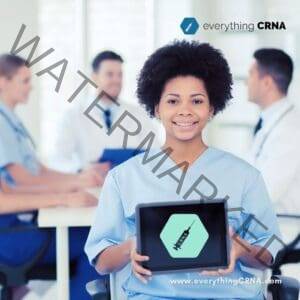 Please see the list below for the best CRNA schools in Indiana. 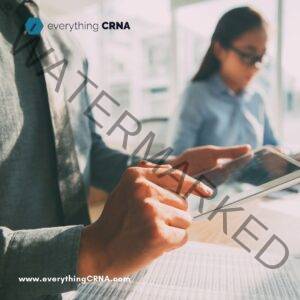 Whether you’re looking to apply to CRNA programs in Indiana or already a CRNA, check out CRNA Salary in Indiana and Indiana Board of Nursing to learn more about nurse anesthesia in the State.

Because there is only one CRNA schools in Indiana, you may be interested in applying to CRNA programs nearby in close proximity.  These may include: 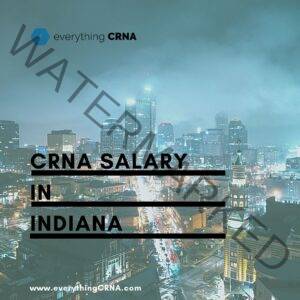 Since you’re reading about CRNA Schools in Indiana, we thought you might be interested in learning about the CRNA Salary in Indiana if you’re going to work in the State.  Be sure to also check out our CRNA Salary Guide and CRNA Starting Salary if you’re still a student or if you’re wondering how much a fresh CRNA can make right out of nurse anesthesia school.  Different States have different demand and supply economics of nurse anesthetists, so my advice is to be sure to read up on different states to see which ones fit you best.

Nurse Anesthetist Schools in IN Conclusion

In summary, there is only one CRNA schools in Indiana, which is Marian University CRNA,  Although not a major city like New York or Chicago, the State of Indiana offers a southern charm with a pleasant culture and study-life balance.  Pursuing a CRNA program in Indiana will especially make sense if you plan on staying within the State after finishing school.  This is because it is common that SRNA students can find nurse anesthetist jobs within the same State easier than students from out of State upon graduation.

Did you graduate from one of the CRNA Schools in Indiana?  Please let us know what you thought of the program and experience working with the graduates. Click on the image gallery below to learn more about nurse anesthetist programs in IN.