Washington, known as the Evergreen State, is ranked #30 in total number of CRNA Schools in the United States.  It shares the #30 CRNA School ranking with Rhode Island, Utah, Iowa, Missouri, Oregon, South Dakota, and a few other States.  Located in the Pacific Northwest region, the State is famous for its rainy weather and being the largest apple producer in the US.  The only CRNA schools in Washington are located in Spokane.  CRNA students there speak highly of the abundant outdoor scenery and activities, like local lakes, ski resorts and hiking at Spokane River Centennial Trail.

There is only one CRNA Programs in Washington located in the city of Spokane as shown below:

The Gonzaga CRNA program is a partnership with the School of Anesthesia at Providence Sacred Heart Medical Center.  The school speaks highly of the low student to faculty ratio of 15:1, one of the lowest in the country as well as the excellent NCLEX exam pass rate – since 1979, only 1 person has failed the exam.  In addition, Gonzaga provides a unique Jesuit experience with a humanistic approach of community and exchange of knowledge. 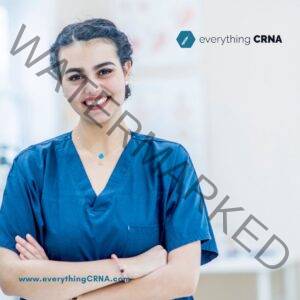 The average acceptance rate for CRNA schools in Washington is 6%, which is extremely lower than the national acceptance rate of 26%.  In fact, Gonzaga CRNA is the most competitive CRNA School in the entire United States.  The Gonzaga CRNA class size is very small and only 12 students are accepted with approximately 187 qualified applicants each year applying.  In general, the easiest CRNA schools to get into by State are generally in the States with more CRNA schools.  For example, the average acceptance rate for CRNA schools in Florida is 30% with 9 CRNA Schools.  Nurse anesthetist programs in Washington are the exact opposite being the most competitive in the country.

Please see the list below for the best CRNA schools in Washington. 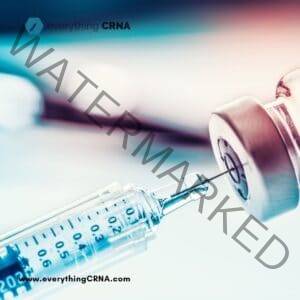 Whether you’re looking to apply to CRNA programs in Washington or already a CRNA, check out CRNA Salary in Washington and Washington Board of Nursing to learn more about nurse anesthesia in the State.

With only one CRNA schools in Washington, you may be interested in applying to CRNA programs nearby in other States.  These may include: 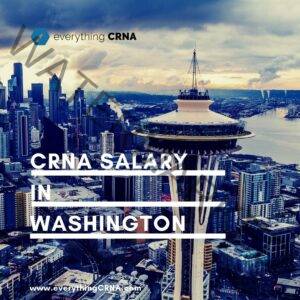 Since you’re reading about CRNA Schools in Washington, we thought you might be interested in learning about the CRNA Salary in Washington if you’re going to work in the State.  Be sure to also check out our CRNA Salary Guide and CRNA Starting Salary if you’re still a student or if you’re wondering how much a fresh CRNA can make right out of nurse anesthesia school.  Different States have different demand and supply economics of nurse anesthetists, so my advice is to be sure to read up on different states to see which ones fit you best.

To sum up, if you are interested in studying at CRNA Schools in Washington, there is only one school – the Gonzaga CRNA.  The Gonzaga CRNA program is the #1 most competitive nurse anesthetist school in the entire country.  Students there appreciate the suburban feel of Spokane while being part of the unique Jesuit community.  As there are not many CRNA programs in WA, I also recommend CRNA applicants also apply to CRNA Schools in Oregon, California, Montana and Arizona.

Pursuing a CRNA program in Washington may also make sense if you plan on staying within the State after graduation.  This is because it is common that a SRNA nurse can find nurse anesthetist jobs within the same State easier than students from out of State upon finishing school.

Did you graduate from a CRNA School in Washington?  Please let us know what you thought of the program and experience working with the graduates. Click on the image gallery below for more information on nurse anesthetist schools in WA.