Connecticut, known as the Constitution State, in the Northeast of the United States is a great place for CRNA jobs in America. Through this page, I will focus on three key topics of CRNA Salary in Connecticut:

Topic 1: CRNA Salary Connecticut versus the US National Level

According to the U.S Bureau of Labor Statistics in their latest report, the average CRNA salary in Connecticut this year is US$198,750.  This is 10 % above / (below) than the national average CRNA salary of US$181,040 per year.  In other words, the nurse anesthetist starting salary Connecticut will be lower than the state and national average usually anywhere from 10-20%.  The average hourly wage for CRNA Salary in CT is US$96 per hour compared with US$87 per hour nationally.  This takes into account a 40-hour work week; working more would result in overtime pay, usually up to 50% more.  In fact, the nurse anesthetist salary CT is ranked # 10 out of the 50 States.  This is a super exceptional score.

As another reference point, each year the American Association of Nurse Anesthetists (AANA) conducts a career survey.  Last year, over 5,000 nurse anesthetists across the United States participated in this survey on CRNA salary.  According to the AANA study, the average CRNA Total Income Connecticut is US$219,619 and the average CRNA Salary Connecticut is US$174,389.

As you can tell the salary data varies quite a bit by source.  For instance, in BLS, the average certified nurse anesthetist salary in Connecticut is US$198,750, which is different from Salary.com. Remember, salary information from different sources are just a range of data for you to make your decisions. For example, there are pros and cons with working in each city.  I recommend you speak with other Certified Nurse Anesthetists working in those areas to get real time information. 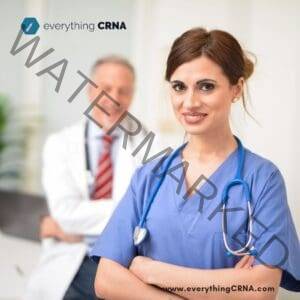 When thinking about your CRNA Salary in Connecticut, it’s important to consider the different State and Local tax rates.  The marginal tax rate at the Connecticut State level is 6.5%.  If you were to earn the average Nurse Anesthetist Salary Connecticut in the capital Hartford, CT of US$201,483, your approximate take home pay would be US$ 137,275 after taking into account Federal, FICA (Social Security & Medicare), State and Local taxes – that’s a 32 % marginal federal Income tax rate overall.

Although the salary for the CRNA profession seems a lot, Uncle Sam will take a large chunk.  Please note that each person’s tax situation is different and these numbers are if you are a single person filing.

In summary, if you save 50% of your Connecticut CRNA pay, you will be a CRNA millionaire in 15 years!

Of course it’s not just about the salary that Certified Nurse Anesthetists choose to work in Connecticut.

The famous Albert Einstein once said

In conclusion, I hope this article on CRNA Salaries in Connecticut was helpful. Please click on the image gallery below for more information.