Louisiana, known as the Pelican State, is ranked #16 in total number of CRNA Schools in the United States.  It shares the #16 CRNA School ranking with Maryland, Massachusetts, Arizona, New Jersey as well as several other States.  Baton Rouge, the capital, was previously one of the top places for young adults back in 2010 but is today one of the most dangerous places to live along with New Orleans, according to U.S. News.  However, Louisiana residents appreciate the historical multicultural influences in the music, food, and architecture in this Southern State.  Culturally, CRNA students in Louisiana also love how they are able to participate in the state’s popular traditions including Mardi Gras and Jazz Fest.

Louisiana is included in the RN Compact States agreement that means RN nurses in Louisiana are able to move around freely and work within all 33 approved multi-license states.  However, it’s important to note that there is no such APRN Compact for nurse anesthetists yet though this may change in the future.  This is something that is important when people consider CRNA Schools in Louisiana.

There are two CRNA Schools in Louisiana located in the cities of Baton Rouge and New Orleans as shown below:

Both CRNA programs in LA offer DNP degrees.  There are no nurse anesthetist schools in Louisiana that offer MSN master’s degrees.  FranU, formally known as Franciscan Missionaries of Our Lady University, was established in 2005 and is considered a boutique private Catholic university.  LSU, on the other hand, is a huge university with over 25,000 students.  LSU is the nickname for the Louisiana State University.

Applicants for both schools are required to have a current RN license with any State.  However, upon acceptance into either program, they must obtain a Louisiana registered nurse license prior to the start of classes.  As of Year End 2020, there are 122 CRNA schools in the United States and 2.4 CRNA schools in each State on average.  To compare, there are 13 CRNA schools in Pennsylvania and 9 CRNA schools in Florida.  In addition, North Carolina and Tennessee both have 6 CRNA schools.  On the other hand, there are no CRNA programs at all in Montana, Idaho, Wyoming, Nevada, New Mexico, Vermont, New Hampshire, Alaska, and Hawaii.

NFLP at CRNA Schools in Louisiana

In addition, for CRNA Schools in Alabama, LSU CRNA Program, is part of the NFLP (Nurse Faculty Loan Program).  The NFLP is a federal program created by the US government to help encourage CRNA students to pursue a career in nursing education following graduation.  The way the program works is students can take up to a US$35,000 loan per year they are in school studying to become a CRNA.  Upon graduation, up to 85% of the total student loan will be cancelled over a 4-year period while the borrower serves as a full-time nursing faculty at a nursing school.  LSU CRNA Program has been very active in the Nurse Faculty Loan Program, so if you need financial assistance for your degree, please read more about it here. 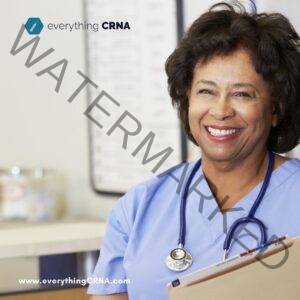 Please see the list below for the best CRNA schools in Louisiana. 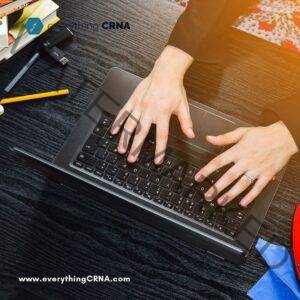 Whether you’re looking to apply to CRNA programs in Louisiana or already a CRNA, check out CRNA Salary in Louisiana and Louisiana Board of Nursing to learn more about nurse anesthesia in the State.

With two CRNA schools in Louisiana, you may also be interested in applying to CRNA programs nearby in other States.  The States close by to Louisiana that have nurse anesthetist schools include: 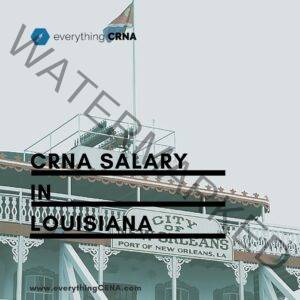 Since you’re reading about CRNA Schools in Louisiana, we thought you might be interested in learning about the CRNA Salary in Louisiana if you’re going to work in the State.  Be sure to also check out our CRNA Salary Guide and CRNA Starting Salary if you’re still a student or if you’re wondering how much a fresh CRNA can make right out of nurse anesthesia school.  Different States have different demand and supply economics of nurse anesthetists, so my advice is to be sure to read up on different states to see which ones fit you best.

In summary, there are two CRNA Schools in Louisiana, which are FranU CRNA and LSU CRNA Program.  Both schools have a good reputation in the nurse anesthesia community, but the biggest concern from students studying at nurse anesthetist programs in LA is the safety of the surrounding cities of New Orleans and Baton Rouge.  Other than that, both these two CRNA schools in Louisiana are especially attractive options for those interested in living in Louisiana or those interested in working in the State after graduation.   This is because the job market for CRNAs is strong in LA.

Did you graduate from one of the two CRNA Schools in Louisiana?  Please let us know what you thought of the programs and experience working with the CRNA graduates. Click on the image gallery below to learn more about nurse anesthetist programs in LA.